It all begins in the brain, where the hypothalamus sends signals to the pituitary gland in the brain to start releasing hormones…

Infertility is defined as 12 months of regular unprotected intercourse without conception or pregnancy.  It is estimated that one on six couples struggle with infertility in South Africa

The pituitary gland will release FSH(follicle-stimulating hormone), this hormone enters the bloodstream and makes its way down to the ovaries where it stimulates the follicles to start developing, as the follicles develop one comes into the menstrual cycle and as it grows larger with the ovum inside of it. The follicles begin to produce Testosterone which is then converted into Oestrogen, Oestrogen levels begin to increase, once oestrogen has reached a certain level it stimulates the pituitary again to release another hormone called LH (luteinizing hormone), LH is then responsible to allowing the follicle to ripen and then rupture, the ovum is now released and ready for fertilization…. 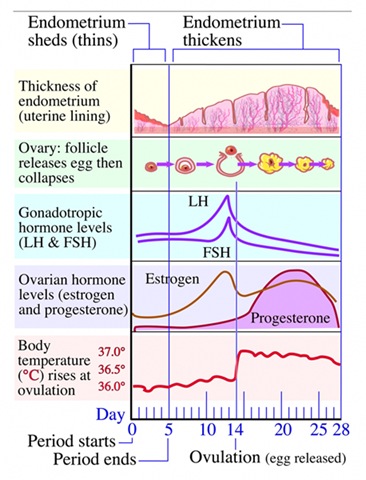 The pituitary gland in the male will also release FSH, FSH stimulates spermatogenesis, the process of producing healthy spermatozoa, known as sperm.  This process of maturation into sperm cells takes up to 72 days.  The process of spermatogenesis begins in the testicles and ends in the epididymis where they are stored.  LH in the male stimulates the testes to produce testosterone which is an important hormone that assists in spermatogenesis.  Sperm also need the following hormones and enzymes in their development: IGF, 5alpa reductase, thyroxine and triiodothyronine (T3). Once sperm are ready to be ejaculated they travel through the vas deferens and through the seminal vesicles where they mix with some fluid to form semen.  Finally, the prostate adds some alkaline prostatic fluid to the semen before ejaculation 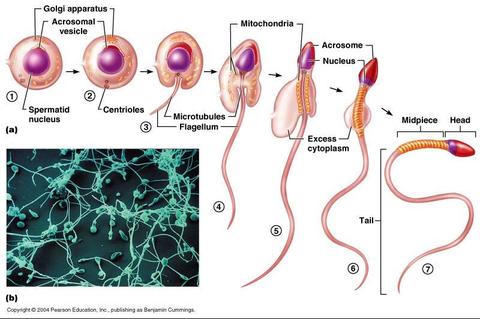 Stress has an impact on your hormone levels directly, this will have an impact on all the hormones required for fertility.  Explore lifestyle, breathing and exercise techniques to assist coping with stress.

The more you are exposed to both active and passive smoking, the more you risk affecting both your ability to get pregnant and the time it takes to get pregnant. Smoking is associated with changes in the cells of the ovary increasing the chance of genetic abnormalities, miscarriage and ectopic pregnancy. It is thought that smoking may accelerate the loss of eggs in women also. If your male partner is a heavy smoker, this can significantly contribute to delayed conception also. Smoking can results in a lower sperm count compared to men who don’t smoke. It is estimated that most of the negative effects of smoking on fertility are reversed a year after stopping smoking.

The relationship between alcohol and fertility isn’t easy to define.

The scientific evidence about the effects of low to moderate drinking on women’s and men’s fertility isn’t clear, however, it is more likely that heavy drinking (more than six units of alcohol per week and no alcohol-free days) affects fertility.

The National Health and Medical Research Council recommends women trying to get pregnant should not drink alcohol at all.

The use of drugs should be avoided when planning a pregnancy as they can be harmful to an unborn baby. Recreational drugs including cocaine, heroin and ecstasy have also been shown to affect female fertility. Long-term use of these drugs can lead to permanent reproductive problems and prevent you from becoming pregnant.